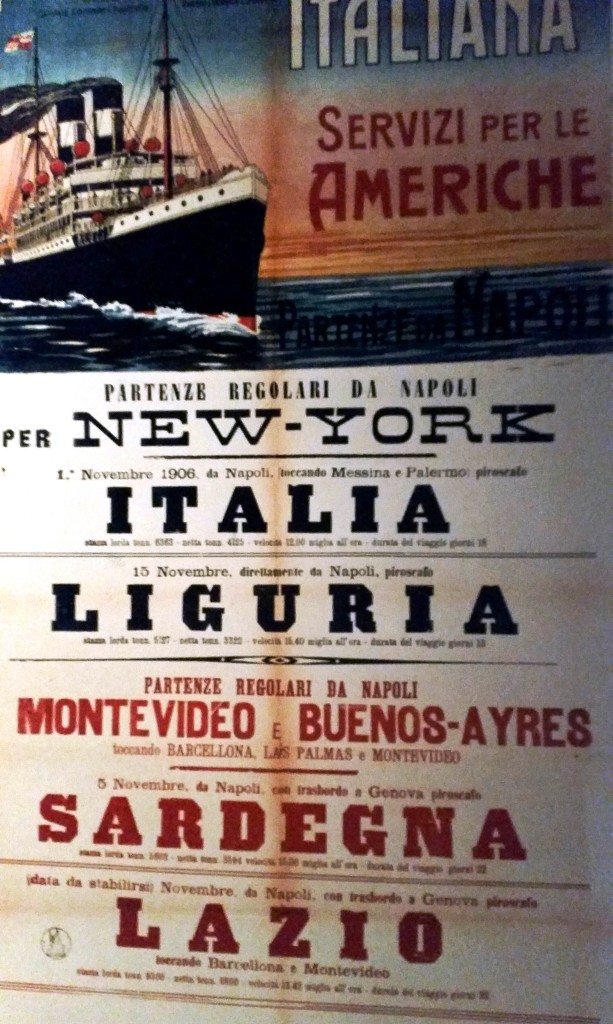 My grandfather Dominic came to America in 1905. He traveled from Reggio di Calabria to Naples where he boarded the Liguria which brought him to New York. The voyage took two weeks and the ship held 1050 passengers. 50 1st and 2nd class on the upper decks and 1000 immigrants in steerage class on a deck just below the water line. I found this picture of his ship on the Ellis Island database .

I also got to see the page of the ship’s manifest that he was listed on. It indicates that he had $30.00 when he arrived in the USA. The minimum an immigrant had to have to enter the country at that time was $25.00. He sold Italian groceries and fruit. My mother grew up living over the grocery store at 282 Mott Street in New York’s Little Italy.