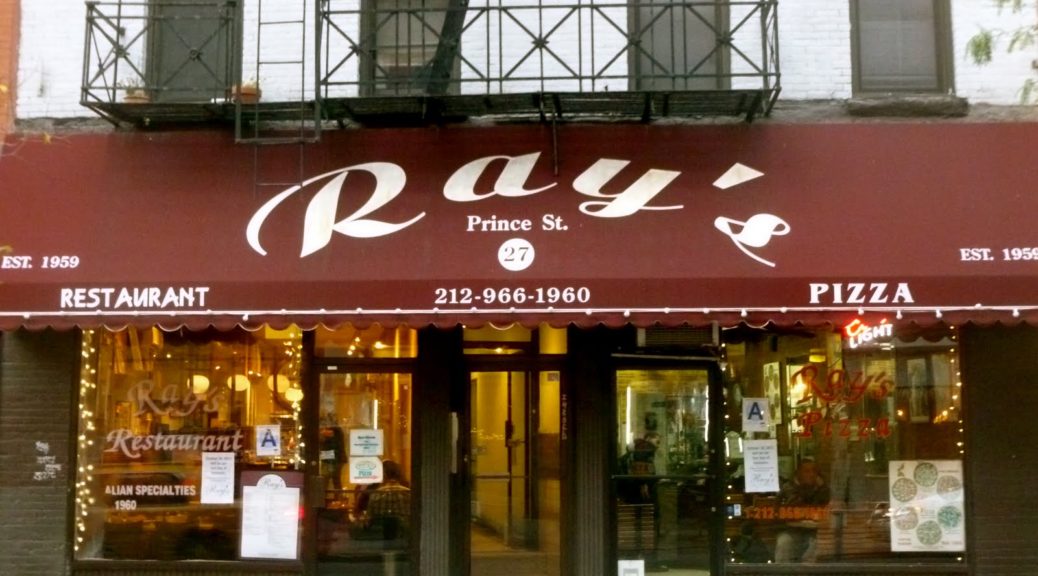 I grew up on Mott Street, just around the corner from Ray’s Pizzeria. It was a few doors from where my grandmother lived on Prince Street. I remember when it opened, in the same storefront where my barber, Luca, had his shop. Luca retired and Rayfie opened his pizzeria and eventually made it larger with an expanded the menu. It was great having a good pizzeria so close to where I lived.

For years, in New York, there’s been a dispute about which “Ray’s” pizza was the first one. It’s gone now, but based on my experience and backed-up by this old New York Times article, the “Original” was Rayfie Cuomo’s on Prince Street. I hope this settles some arguments. 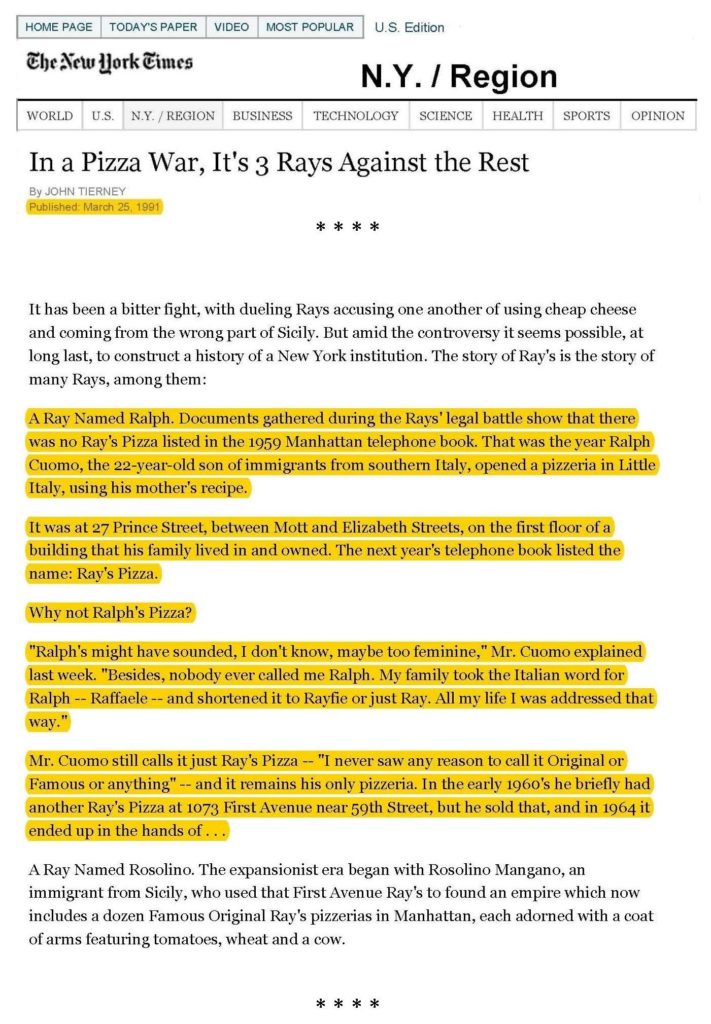 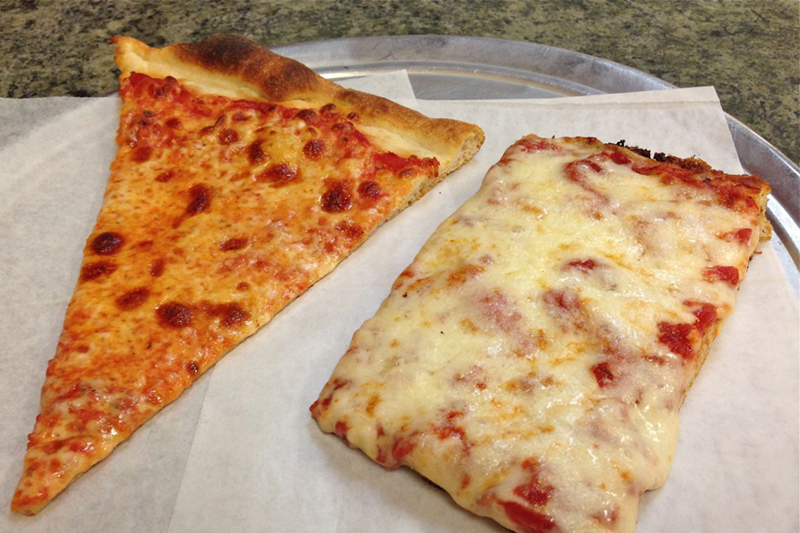