Not too long ago my cousin Jeanne reminded me about a special after-dinner drink my father would make for our grandmother when we went to see her on holidays. It’s called a Pousse Caffe.That translates to something like ‘coffee chaser.’ It’s made by very carefully pouring layers of different colored liquors with different densities into a pony glass. They have to be poured in the correct order or they’ll mix. He held the glass on an angle so the liquor would slowly and gently run down its side. With some care and a steady hand, you can do it.

My father’s five layer recipe starts with a red base of Grenadine Syrup, followed by chocolaty Crème de Cacao, then green Crème de Menthe, clear Cointreau and topped with some amber Cognac. Use about one half ounce of each or vary the amounts for different of thicknesses of color layers.

It should be drunk in one shot, the way my grandmother did it. You get a swirl of different tastes in your mouth. It’s more a confection than a drink – not too sweet or tart.

Whenever I make Pousse Caffes, since they’re so colorful, all the kids around the table want one. So I’ve come up with a milder version. 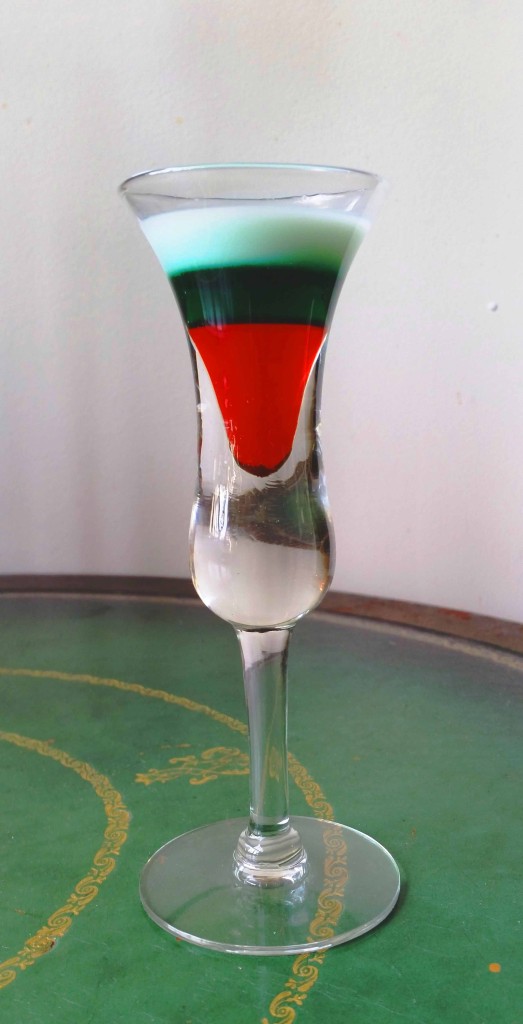 It starts with the same non-alcoholic Grenadine Syrup, then a thin layer of the green Crème de Menthe topped with some  half and half. The only alcohol is in the ¼ ounce of low proof Crème De Menthe. 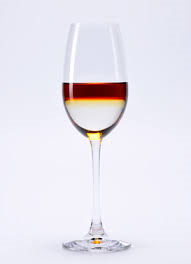 Another version of a layered after-dinner drink is the Brandy Scaffa. It’s not too sweet and has a bit more kick than the Pousse Caffe. 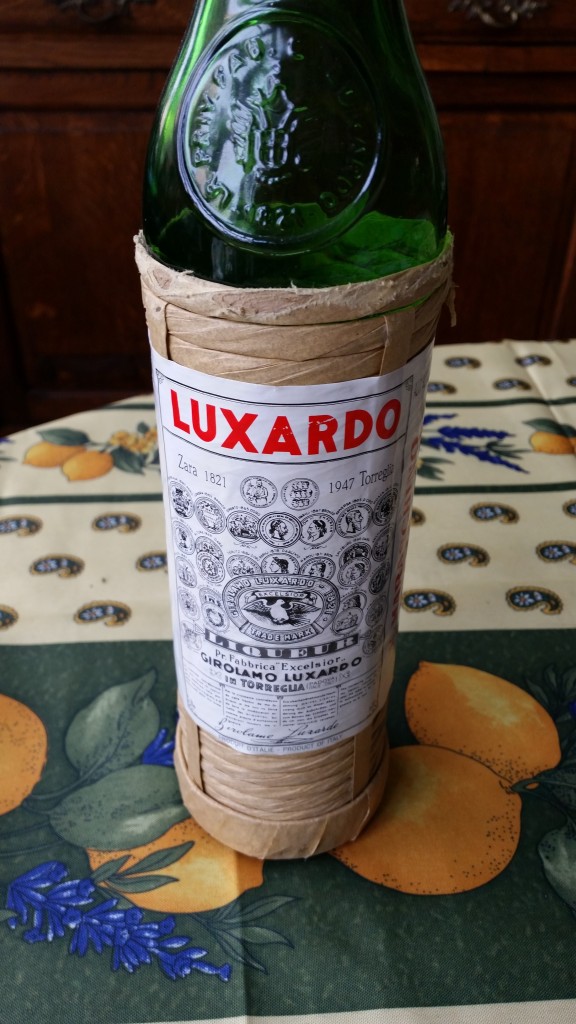 Start with 3/4 ounce of Luxardo Maraschino Liqueur in a narrow glass and then float 3/4 ounce of brandy on top of it. Finish with three dashes of Angostura Bitters sprinkled on top. Then watch it sink to make a reddish-brown line between the two layers. Of course, to get the correct effect, you should do it in one shot.