Happy St. Joseph’s Day! March 19th is a big day for Italians celebrating their patron saint. It’s an even bigger celebration in Sicily where traditionally food was given to the poor. You don’t have to go to Sicily for the feast and you don’t have to be Sicilian (we’re Neopolitan). We went to Bar Eolo on 7th Ave. and 21st St. in Manhattan. They explain their name –

“According to Homer, Eolo—Italian for Greek mythology’s Aeolus, ruler of the wind— lived on the volcanic Aeolian islands off the north coast of Sicily and was a favorite among the Greek gods.”

The celebration was last Sunday and here’s what they served – 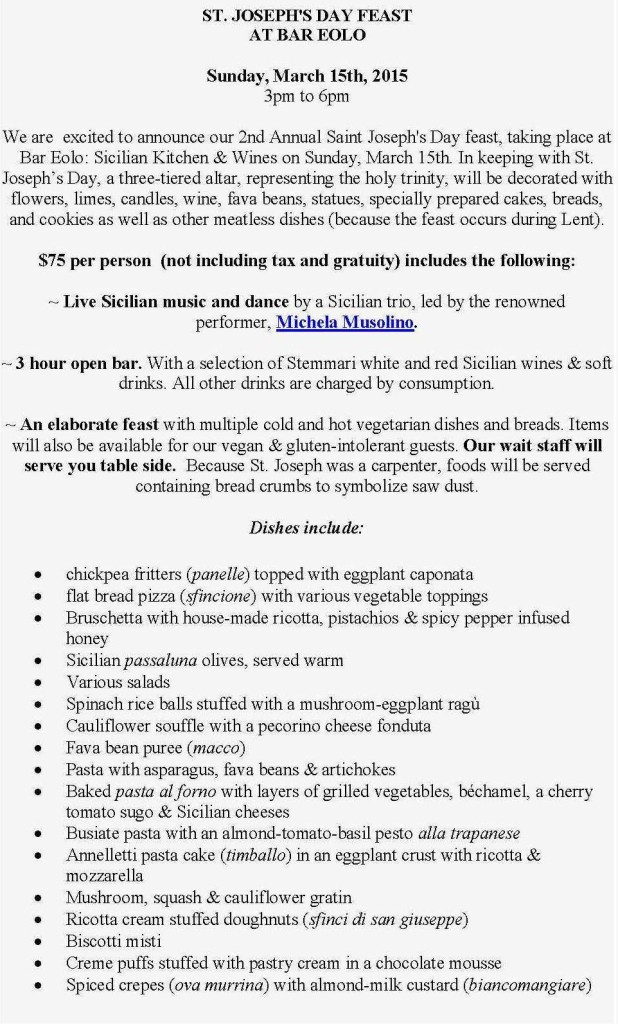 The entertainment was great too, supplied by a Sicilian folk trio featuring Michela Musolino.

Eolo’s next event is an Easter Sunday lunch.